CONSERVATIVES CONTINUE PROBE FOR ETHICS VIOLATIONS, WHILE MOST CANADIANS SAY TRUDEAU IS DOING A GOOD JOB

The Trudeau Liberals have handed over thousands of pages of documents related to the WE Charity controversy to a House of Commons committee, which lawyers are now vetting for personal information and cabinet secrets.

Members of the finance committee demanded the documents last month as they probe whether the prime minister’s relationship with WE Charity influenced the governing Liberals’ ill-fated decision to have the organization run a federal student volunteer program.

He’s questioning the awarding of a $56-million dollar contract in the administering of a rent-assistance program for small businesses affected by COVID-19 in an agreement between a crown corporation and MCAP, a company employing the husband of Trudeau’s chief of staff, Katie Telford. Poilievre also wants the finance committee to examine why MCAP was given the contract.

The Prime Minister’s office has said Telford established clear ethical walls between herself and MCAP in January, even before COVID-19 shook the country’s economy and led to the creation of the Canada Emergency Commercial Rent Assistance program. 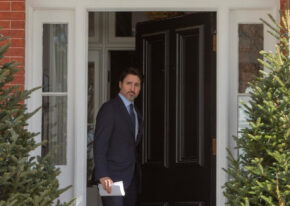 Meantime, a new Angus Reid survey suggests most Canadians (7 in 10) believe there’s more to learn about WE Charity controversy. At the same time, the same percentage of Canadians feel the Trudeau Liberals will not be brought down because of the ordeal. A majority of Canadians also say Prime Minister Justin Trudeau is doing a good job dealing with the COVID-19 pandemic.