Lebanon’s Prime Minister Hassan Diab says he and the rest of his government are stepping down in the wake of the catastrophic explosion in Beirut last week that triggered public fury and mass protests. 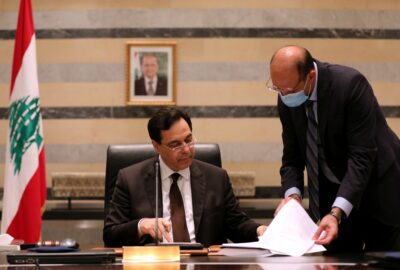 In a televised speech Monday, Diab said corruption in the country is “bigger than the state.”

The move risks opening up dragged-out negotiations over a new Cabinet amid urgent calls for reform.

The developments follow a weekend of anti-government protests in the wake of the August 4th explosion in Beirut’s port that decimated the facility, caused widespread destruction across the capital, killed at least 160 people and injured about 6,000 others.