The members of Walpole Island First Nation in southwestern Ontario are in the process of electing a new chief and Canadian actor Ryan Reynolds and music legend Sir Paul McCartney are on the ticket. 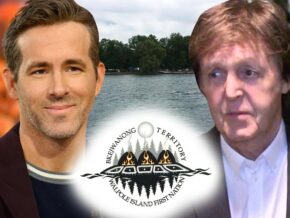 Neither celebrity has acknowledged their nomination and officials in the community are trying to get them removed.

Under the Indian Act, First Nations can elect a non-Indigenous person as chief, although Walpole Island’s director of operations says that’s quite rare. The exception would be back in 1868 when the Island’s first election resulted in a government bureaucrat filling the position.

There are a total of 12 nominees for the September 19th election including Reynolds and McCartney.