He was one of the first Latino artists to find fame in mainstream American entertainment. 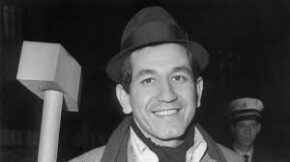 Singer and guitarist Trini Lopez has died from complications of COVID-19.

He gained fame back in the 60s with hits like “Lemon Tree” and “If I Had a Hammer.”

He was mentored by Frank Sinatra and Buddy Holly and became an international sensation performing in English and Spanish.  In fact, it was Sinatra who signed Lopez to a record contract after seeing him perform at a Hollywood nightclub.