One of the U.K.’s foremost modern playwrights is planning to stage his take on COVID-19 next month in London, if the theatre sector gets the green light to go on. 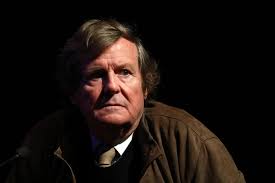 David Hare’s experience with the corona virus and his fury at the government’s handling of the crisis is to be summed up with a monologue his new play “Beat the Devil,” with Ralph Fiennes as the playwright. Fiennes is most recently recognizable as “M” in the James Bond films.

The COVID-19 monologue is to be part of the Bridge Theatre’s reopening schedule where audiences will be properly socially distanced.

Hare, the 73 year old playwright, contracted the corona virus at about the same time the UK government introduced lock down measures.

He described the experience as one day having a fever, next day shivering with the cold, then there were coughing and breathing problems and he says Day 10 was five times worse than day five.

The theatre plans to seat 250 people in the 900 seat venue but that all depends on the British government allowing indoor performances.

They’ve been paused until at least August 15th.