The Public Health Agency of Canada says 100 more people have become ill from Salmonella contamination linked to a recall of U.S.-grown onions, bringing the total number of confirmed cases to 339. 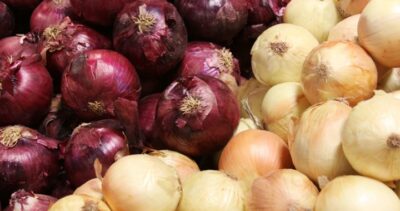 The agency says no deaths have been reported but 48 people have been hospitalized.

It says people who became ill range in age from three to 100 and ate red onions at home, at restaurants and in residential care settings.

As of Friday, the breakdown of confirmed cases includes 78 people in British Columbia, 208 in Alberta, 19 in Saskatchewan, 19 in Manitoba, eight in Ontario, six in Quebec and one and Prince Edward Island.

The agency says people should not eat, use, sell or serve any red, white, yellow, and sweet yellow onions from Thomson International Incorporated of Bakersfield, California, or any products made with these onions.

It says there is no evidence to suggest that onions grown in Canada are associated with the outbreak.