The start of public school in Toronto is likely to be delayed “barring a miracle,” said the TDSB’s interim director of education.

Carlene Jackson made the comment Tuesday night during a virtual meeting of TDSB staff and trustees when she was asked how long she thinks school will be delayed based on the state of readiness to best protect against the spread of COVID-19.

“Likely a week, maybe two,” Jackson explained, “We’re still trying to assess what we need to get in place in order for schools to open safely.”

Jackson said the delay would apply to both elementary and secondary schools.

Her assessment comes after a memo was sent to school boards on Tuesday by Education Minister Stephen Lecce, who explained boards may stagger the start of the school year by up to two weeks and no later than September 22nd, if they feel that it would make the start of school safer.

Trustees are expected to vote on which option to proceed with at a special meeting Thursday. 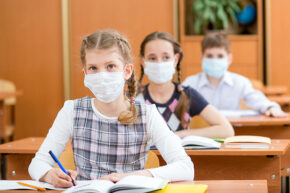 This latest development comes as about a quarter of parents with children in TDSB elementary schools say they don’t plan to send their kids to physical classes this coming school year, even if class sizes were smaller.