VETERAN ASIAN CHARACTER ACTOR TO GET A STAR

At 91, he may well be Hollywood’s hardest working performer with more than 600 acting and voice-over credits over a seven-decade career. 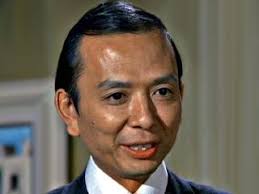 James Hong is finally getting a star on Hollywood’s Walk of Fame.

He started out playing Asian characters on old TV shows like “Peter Gunn.”

On TV he’s been in everything from “Friends” to “Hawaii Five-O.”

Another Asian actor, Daniel Dae Kim, launched a go-fund me campaign August 5th to raise the $50-thousand required to secure Hong a star. It raised $55,000 in three days.