Representatives of China are standing firm on their insistence that Canada make the first move when it comes to the detention of Canadians Michael Kovrig and Michael Spavor. 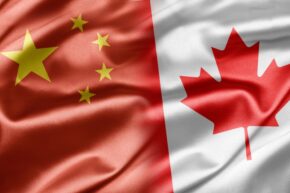 The update follows a meeting Tuesday in Rome between Foreign Affairs Minister Francois-Philippe Champagne and his Beijing counterpart.

As part of their talks, Champagne asked the Chinese foreign minister to release the two Michaels.

Spavor and Kovrig have been held in China on unspecified national security charges for 620 days in apparent retaliation for Canada’s December 2018 arrest of Meng Wanzhou, an executive at tech giant Huawei and the daughter of the company’s founder, at the request of the United States.

Meng is accused of misrepresenting Huawei’s relationship with Skycom in a Powerpoint presentation to HSBC, allegedly putting the bank at risk of violating U.S. sanctions against Iran.

Meantime, the legal team for Meng has lost its battle to have the contents of six confidential documents released to them.

They argued in Federal Court that the redacted documents would support their position that Meng suffered an abuse of process during her arrest at Vancouver’s airport.