TALIBAN RETURN TO DOHA...SETTING THE STAGE FOR AFGHAN PEACE TALKS

Taliban officials say a senior delegation has returned to Qatar, paving the way for the start of peace talks with the Afghan government that are expected to take place in the tiny Gulf state. 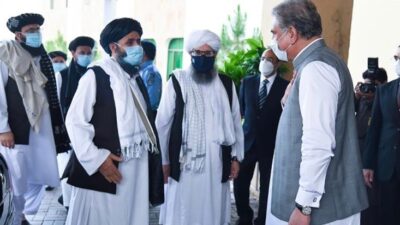 The officials spoke on condition of anonymity because they were not authorized to speak to the media.

The negotiations are the second, critical part to a peace deal the U.S. signed with the Taliban in February in Doha.

Both the U.S. and Pakistani officials have been pressing the Taliban and Afghan officials to begin the next phase of the peace process with intra-Afghan talks.