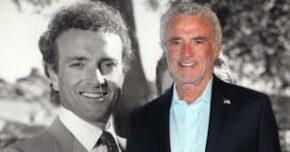 He was also known for playing Mack in “Knots Landing,” and Mickey Horton in “Days of Our Lives.”

Before breaking into acting, Dobson worked on the Long Island Railroad, played semi-pro baseball served as an Military Policeman during the Vietnam war.

Kevin Dobson died yesterday at the age of 77.