Canada’s chief public health officer says she won’t get ahead of an independent review of the early-warning unit in her agency that’s meant to flag potential pandemics. 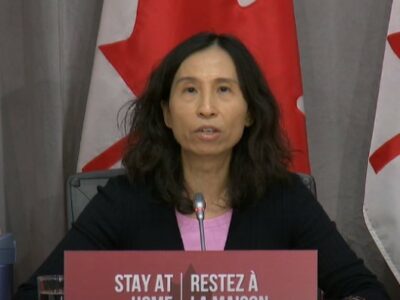 Dr. Theresa Tam says the unit within the Public Health Agency of Canada continues to function.

The government ordered an outside review of the global health unit after The Globe and Mail newspaper reported that people in the unit had been reassigned just prior to the COVID-19 crisis.

The report also said warnings from scientists weren’t properly sent up the chain of command.

Tam says she doesn’t want to pre-empt the findings of any report, but will be looking closely at whatever recommendations come.

Tam also says that she received warnings about the initial outbreak of COVID-19 in China late last year, and that the information would have been passed on to provinces and territories.