The new federal Conservative Leader is naming his shadow cabinet, which includes his predecessor Andrew Scheer as the party’s infrastructure critic. 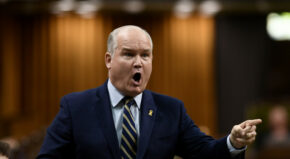 Windsor MP Michael Chong is taking a big step up to become the Conservatives’ critic for foreign affairs.

Critics are directed to question their corresponding government ministers in the House of Commons.

The Conservatives have a national caucus meeting planned for tomorrow and O’Toole says they will soon present their own plan for economic recovery from the COVID-19 pandemic.

Parliament resumes September 23rd, with a throne speech to be delivered by the minority Trudeau Liberals soon after, followed by a confidence vote