She was the first black singer from France to have a major international opera career, singing at the top opera houses in the world, with some of the top singers of her time. 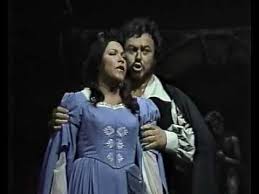 Christiane Eda Pierre was born in the French possession of Martinique.

Over her career she defended the representativeness of other black artists saying, “the more we put them on stage, the more it would normalize things.”

She was also a great teacher at the Paris Conservatory

Christiane Eda-Pierre has died of natural causes in France. She was 88.