Meeting criticism for a lack of diversity, changes are coming to the way the Motion Picture Academy nominates films for the best picture Oscar. 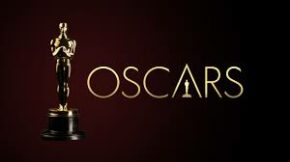 Beginning with 96th Academy Awards in 2024, the Best Picture Oscar will go to a films that meet two of four new standards. Those include the number of minorities and under-represented groups on films, both in front of the cameras and behind the scenes.

The Academy recently invited more than 800 new members to vote for this year’s Oscars, 45% of them are women, 36% are non-white