The federal NDP ethics critic says the shutdown of WE Charity’s Canadian operations brings a long-simmering controversy back to the political forefront.

Charlie Angus has released a statement which reads, “Committee testimony revealed that WE was massively overextended and in economic free fall. The volunteer program was a desperate pitch to call in their political favours. The lack of due diligence of the Justin Trudeau government caused this scandal. Questions remain.” 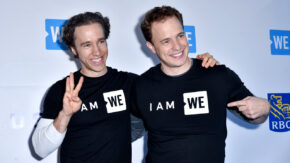 WE Co-founder Craig Kielburger says the decision he and his brother Marc made to shutdown operations in Canada is something that’s transpired over the past seven months.

“COVID-19 hit us very hard, then the call from the government to help produce the national service project and the political process and political freight train that unfolded after that, and we saw what was happening to our organization and also what could happen to our partners and sponsors, and so we reached out to let them know that we didn’t feel they should be dragged through the process, and the simple is now the charity is spending more than it’s bringing in,” Kielberger explained to CTV News.

The since-cancelled deal to have WE run the Canada Student Service Grant is expected to resurface when Parliament resumes September 23rd.

Both Prime Minister Justin Trudeau and his former finance minister Bill Morneau have apologized for not recusing themselves from the decision to involve WE Charity since both have family connections to the organization. Both are being investigated by the federal ethics commissioner for possible conflict of interest.