'EASY' RAWLINS CREATOR TO BE HONOURED

The author who created L.A. Private Detective Ezekiel “Easy” Rawlins is going to receive an honorary U.S National Book Award for the dozens of works he produced which range from mystery to science fiction. 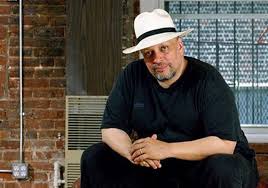 Walter Mosley’s novel, “Devil in a Blue Dress” was made into a movie in 1995 starring Denzel Washington.

The 68-year-old writer joins the likes of Toni Morrison and Arthur Miller in being so honoured and is the first Black man to win the lifetime achievement medal.

The medal it will join an Edgar, an O. Henry and a Grammy award in Mosely’s trophy case.