INDIA AND CHINA AGREE TO DISENGAGE THOUSANDS OF BORDER TROOPS

The Indian and Chinese foreign ministers have agreed that their troops should disengage from a tense border standoff, maintain proper distance and ease tensions in the Ladakh region where the two sides in June had their deadliest clash in decades. 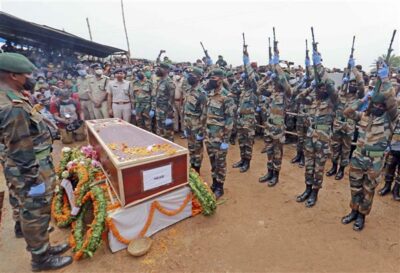 The ministers met in Moscow, Russia, and concurred the current situation was “not in the interest of either side.”

Since last week, the Asian giants have accused one another of sending soldiers into the rival’s territory and firing warning shots for the first time in 45 years, threatening a full-scale conflict.

In their statement Friday, the ministers did not set any any time line for the disengagement of tens of thousands of troops locked in a standoff since May.

TRUDEAU: NEW TRAVEL RESTRICTIONS ARE ON THE WAY