U.S. Secretary of State Mike Pompeo is warning that much anticipated negotiations between Afghanistan’s warring parties are likely to be “contentious.” 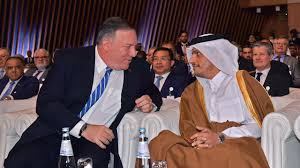 But he said Friday that they are the only way forward if Afghans are to find peace after decades of relentless conflict.

Pompeo made his comments en route to the Middle Eastern State of Qatar, where intra-Afghan negotiations are to begin Saturday, a day mostly reserved for ceremony before the hard task of hammering out a road map for a post-war Afghanistan begins.

The negotiations were laid out in a peace deal Washington brokered with the Taliban and signed in Doha on February 29th aimed at ending the war and bringing U.S. troops home ending America’s longest conflict.