Lebanese soldiers have fired rubber bullets and live rounds in the air to disperse hundreds of protesters trying to march to the presidential palace during an anti-government demonstration. 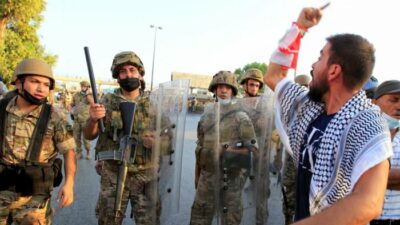 Tension is high in Lebanon following last month’s devastating explosion at Beirut’s port that killed nearly 200 people, and after another mysterious and huge blaze at the same site earlier this week.

Protesters had called for the march Saturday to express their anger and call for accountability.

Supporters of the president also called for a counter-protest at the same location, adding to the tension.

Hundreds of Lebanese soldiers have deployed to separate the two camps.