Time is running out for the federal Liberal government to name a new commander of the Canadian Armed Forces before it faces a confidence vote. 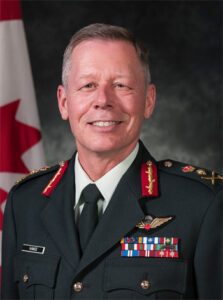 Some observers fear a delay could leave the military in limbo in the event of an election.

The Liberal government has quietly indicated it wants to announce the new chief of defence staff before the speech from the throne on September 23rd.

Yet exactly who will be chosen to succeed General Jonathan Vance remains a mystery.

Also uncertain is whether the government’s current defence policy…known as ‘Strong, Secure, Engaged’…will be maintained.

The policy, released in 2017, promised massive billions of dollars in investments over the next 20 years for more troops, new equipment such as warships and jets, and new capabilities in cyber and space.

Some worry the economic damage caused by COVID-19 has made the defence policy unaffordable and that the government might bring out the axe.