There is now concrete evidence that Alexei Navalny was poisoned. 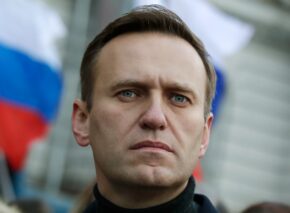 A statement from the German government says specialist labs in France and Sweden have confirmed the Russian opposition leader was poisoned with the Soviet-era nerve agent Novichok.

Navalny is the most visible opponent of Russian President Vladimir Putin.

He was flown to Germany two days after falling ill on August 20th on a domestic flight in Russia.

The Kremlin has denied any official involvement, accusing the West of trying to smear Moscow.

Navalny was kept in an induced coma for more than a week as he was treated with an antidote before doctors said a week ago his condition had improved enough for him to be brought out of it.