A 1969 Fender Mustang bass guitar is now the most valuable on the planet. 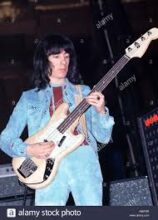 It sold for $384 thousand at a Julien’s auction over the weekend.

Julien’s says the previous record price for a bass was $204 thousand, paid for Sir Paul McCartney’s left-handed Hofner bass in 2013.