He called himself “Murph the Surf.” 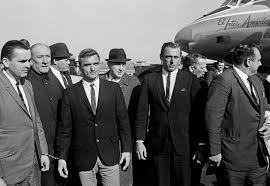 For a time in 1964, he mesmerized the world, by pulling off the biggest jewel heist in New York City history, when he, and a group of slackers from Miami, stole the sapphire “Star of India” and a haul of other gems from the American Museum of Natural History.

Jack Murphy was a roguish, party-loving, beach boy from Miami.

He and his gang were arrested two days after the heist.  He served more than two decades in prison after being convicted of theft and murder.

Jack “Murph the Surf” Murphy died over the weekend of heart failure at his home in Florida.