There is every indication new COVID-19 related restrictions will soon be announced for Toronto, Peel Region and Ottawa.

Premier Doug Ford says he’s been consulting with the mayors of these areas which have all seen a spike in new coronavirus cases since the long weekend. 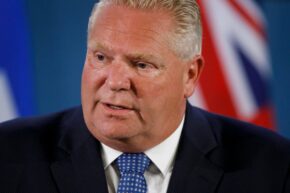 “We’re going to discuss it with the health table, but we’ve already been on a call with Mayor Watson. I’ve talked to Mayor Tory, and had a meeting with Mayor Brown last night, and I always believe in getting input from the municipal leaders. No one knows their area better than the mayors and the council, so we’re reaching out to them. They’ve given us some areas of concern. We’re going to address them right away,” Ford revealed on Tuesday.

The premier went on to say that unless Ontarians have been “living in a cave” they should be aware that large gatherings in their own homes are driving the recent spike in COVID-19 cases.

There were also four related deaths; all residents of long term care homes.