Fans of Canadian singer-songwriter Joni Mitchell will want to listen to this. 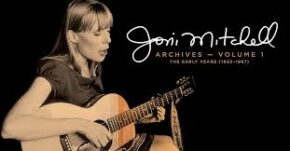 At age 19, in 1963, still known by her birth name Joni Anderson, she laid down some demo tracks in a radio station recording studio in Regina.  It’s her earliest known recordings.

The tapes were discovered in a box in the basement of former Disc Jockey Barry Bowman’s ex wife in Victoria, B.C.

Bowman discovered the tapes could still be played and offered them to the 76-year old music legend in Los Angeles.

Mitchell has had the tapes remastered and has released the music as  “Joni Mitchell-Archives-Volume 1.