FORD IN OAKVILLE TO GET $500-MILLION BOOST FROM TRUDEAU LIBERALS FOR E-VEHICLES: REPORT

It appears electric vehicle production in Oakville is about to get a big boost from the Trudeau Liberals. 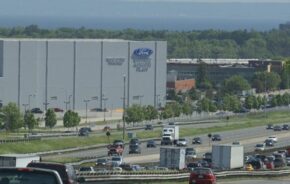 A published report says there is a willingness from the federal government to provide a half of a billion dollars in funding for e-vehicle work at Ford Motor Company.
It’s an offer the report says which could allow the Ford plant in Oakville to stay open for years to come.
Representatives with Ford and its main union are in the midst of labour negotiations ahead of a deadline at midnight Monday, and a push for a retooling of the plant for mass production of electric vehicles and their high tech batteries is central to the talks.