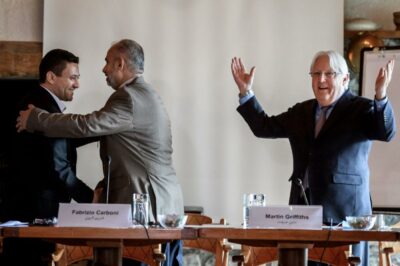 Sunday’s agreement was part of a release plan that both sides reached earlier this year. It’s part of a deal seen as a breakthrough during 2018 peace talks in Sweden.
The U.N. mission in Yemen says the internationally recognized government of Yemen and the Houthi rebels agreed to immediately release a first group of 1,081 detainees and prisoners in accordance with lists of agreed-upon names.
Implementation of a peace plan, however, has stumbled amid ongoing military offensives and distrust between the two sides.