Conservative Leader Erin O’Toole and Bloc Quebecois Leader Yves-Francois Blanchet are expected to take their seats in the House of Commons this week after both spent time at home self-isolating with COVID-19.
Their formal replies to the minority Liberals’ throne speech will come as MPs are set to debate new COVID-19 relief measures over the coming days and potentially pass them into law. 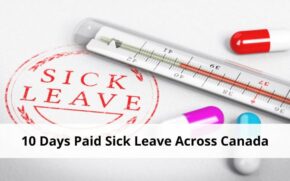 The Trudeau Liberals plan to set up a new pandemic-benefits regime under the umbrella of the existing employment insurance system and also create paid sick leave for those who can’t work due to COVID-19.
NDP leader Jagmeet Singh is taking credit for the first of its kind legislation in Canada.
“It’s historic, it’s a massive win for workers, a massive win for Canadians” Singh explained, “And to put it in a straightforward simple way, the Liberal proposal was going to cover thousands of workers, we ensured that it would cover millions of workers.”
So, while the Conservatives and Bloc Quebecois have said they’ll vote against the speech, the NDP’s support is expected to keep the minority Liberals in power and avoid a federal election.