There won’t be a federal election anytime soon after the minority Trudeau Liberals not just survived, but received unanimous support, for a new benefits package for people affected by the pandemic.
Just after 3 a.m. Wednesday, members of parliament unanimously passed legislation authorizing new benefits for workers left jobless or underemployed by the COVID-19 pandemic.
Bill C-4 passed by a vote of 306-0, after a day of political maneuvering and just four-and-a-half hours of debate on the actual contents of the legislation.
The vote, which was considered a confidence measure, even earned the support of the more adversarial parties, the opposition Conservatives and Bloc Quebecois.
It must still be passed by the Senate, which is expected to take place later Wednesday. 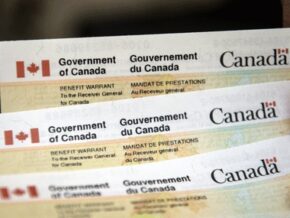 The bill replaces the now-defunct Canada Emergency Response Benefit, which came to an end on September 26th with a more flexible and generous employment insurance plan.
For those who still don’t qualify for E.I., a new Canada recovery benefit is also included.
The bill also creates a new sick leave benefit and another new caregiver benefit for those forced to take time off work to care for a dependent due to the pandemic.