'NO TIME TO DIE' TILL AT LEAST APRIL

Despite what we reported Friday, you haven’t heard the last of Craig, Daniel Craig as Bond, James Bond. 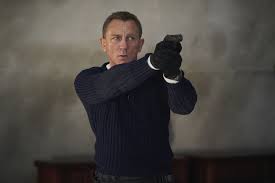 That’s because Daniel’s Craig’s final outing as the world’s best known secret agent has been delayed, again.
The premiere of “No Time To Die” was already moved from April to November of this year. It has now been further delayed until April of next year.
The producers say they want the movie to be seen by a worldwide theatrical audience. But, when the world’s second-biggest cinema operator announced on the weekend that it was closing all its screens in the US and UK, that became impossible.
Cineworld began reopening in July after COVID-19 lock down restrictions started to ease. The company employs more than 37,000 people across almost 800 venues and presents on more than 1,300 screens.