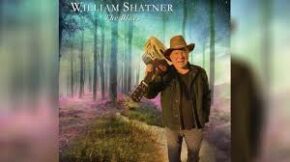 His work on “The Thrill is Gone,” is a collaboration between the 89-year old actor and Ritchie Blackmore from the band “Deep Purple.”

Shatner admits that a white guy who was born in Montreal might not be the best artist to tackle the blues, but he says he felt he could bring authenticity and emotion to his renditions.

The Album is available now.