The Nobel Prize for Literature has been award to the former Poet Laureate of the United States. 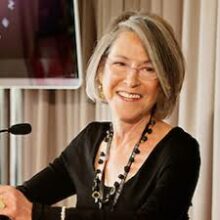 77-year old Louise Gluck is being honoured for what the Nobel Prize committee says is “her unmistakable poetic voice that with austere beauty makes individual existence universal.”
This mornings announcement comes after several years of controversy and scandal.
In 2018 the award was postponed after sex abuse allegations rocked the Swedish Academy, causing a mass resignation of the academy’s members.
Two laureates were named last year.
Still to be announced this year, the Nobel Prize for Economics and the Nobel Peace Prize.