As the second wave of the COVID-19 pandemic washes over the country, Canadians from coast to coast are being asked to limit the size of their Thanksgiving gatherings or keep them entirely virtual. 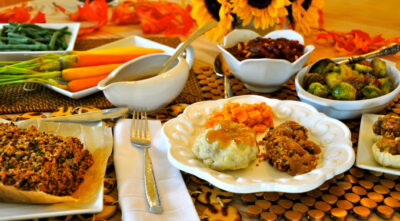 With daily case counts continuing to rise in several provinces, increased restrictions came into effect in some hot spots heading into the long weekend.
Ontario Premier Doug Ford has urged people to stick to their immediate households, saying it’s too risky even to expand the celebration to the current indoor gathering limit of 10 people.
The message came as the province imposed harsher restrictions on the hard-hit areas of Toronto, Ottawa and Peel Region.
In Quebec, where nearly every community along the St. Lawrence River is now considered a “red zone”, Health Minister Christian Dube said Thursday that police would be installing checkpoints on the roads leading into some areas of the province.
Even in the so-called “Atlantic bubble,” where case counts have been creeping upwards of late, officials are urging people to limit their gatherings to their immediate circle of 10 people.