NEW REGIONS COULD BE HEADED FOR MODIFIED STAGE 2 RESTRICTIONS

Add Halton to the list of regions now being considered as possible additions to the “modified stage 2” COVID-19 restrictions. 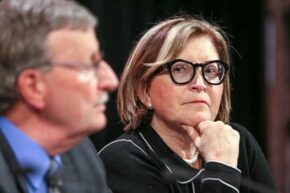 With cases and the rate of positive tests ticking upward, Halton is joining York as regions being considered for the new measures.
Toronto, Peel and Ottawa are currently under those conditions but areas around Toronto are seeing surges in the number of cases and the rate of positive tests.
Ontario’s Chief Medical Officer of Health Doctor Barbara Yaffe says the data they’re seeing isn’t promising.
“I would say that we are concerned, particularly about  York and Halton given the numbers we’re seeing,” said Yaffe. “We’re working very hard to bring recommendations forward to government as soon as possible for a decision.”
Premier Doug Ford is meeting with his cabinet and an announcement on the new measures could come as early as Friday.