THE MAN BEHIND "THE BOOKER" DIES AT 87

The British publisher who was the principal creator of one of the world’s most prestigious literary honours has died. 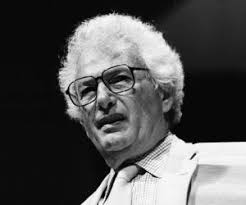 Not only was Tom Maschler the chief architect of the Booker Prize, he was also instrumental in propelling the careers of writers like Kurt Vonnegut Jr,  Joseph Heller and Salmon Rushdie.
At 26 he became the literary director of the publishing house “Jonathan Cape.”
He bought the rights to Joseph Heller’s debut novel, “Catch-22” for $425 CAD and when it was published in 1961, it immediately became a number one bestseller.
He also prepared Ernest Hemingway’s memoir of his years in Paris for publication. “A Moveable Feast” came out in 1964.
The Booker Prize is presented annually for the best work of English fiction and has been won twice by Can-Lit legend Margaret Atwood.
Maschler died over the weekend at his home in France.
He was 87.