ONTARIO LTC HOMES WOULD BE HARDER TO SUE UNDER PROPOSED LEGISLATION

Family members and lawyers of residents who died with COVID-19 in long term care are outraged at proposed Ontario legislation that would make it harder to sue nursing homes for damages.
Cathy Parkes has been an occasional guest on Zoomer Radio’s Fight Back with Libby Znaimer and says “this is another kick-them-when-they’re-down moment.”
Parkes filed a $1.6 million lawsuit after her father passed away during a COVID-19 outbreak at Orchard Villa nursing home in Pickering last April. 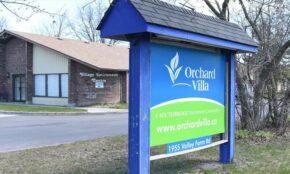 The governing Ford PCs are now planning to give some organizations liability protection from COVID-19-related lawsuits, if they’ve made an honest effort to follow public health guidelines.
Attorney General Doug Downey insists the bill will not prevent lawsuits against those who willfully endanger others.
“This doesn’t protect bad actors, it doesn’t protect people who aren’t following the rules, it doesn’t protect against gross negligence,” Downey explained.
Representatives within the long-term care industry have been asking for this for months.
But Opposition NDP Leader Andrea Horwath says she’s appalled by the proposed legislation, and accuses Premier Doug Ford of protecting the very companies that let close to 2000 seniors die after contracting COVID-19.
The legislation would cover healthcare workers and institutions, front line retail workers, charities and non-profits among others.