Hong Kong’s pro-democracy lawmakers say they will resign en masse from the city’s legislative council if Beijing disqualifies any of them. 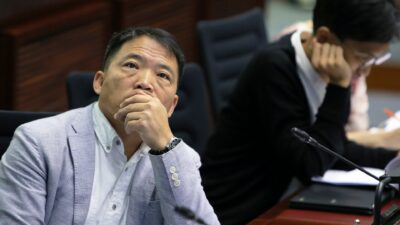 The announcement Monday from the 19 opposition lawmakers came amid unconfirmed reports that the National People’s Congress Standing Committee, which will meet on Tuesday and Wednesday, was preparing to disqualify four legislators.
Media reports in Hong Kong said that the four legislators would be accused of filibustering meetings and violating their oaths of office.
The convener of the pro-democracy camp, Wu Chi-wai, said that any move by Beijing to disqualify the legislators and prevent them from doing their duties would be “ridiculous.”