An email obtained by The Associated Press shows that the World Health Organization has recorded 65 cases of the coronavirus among staff based at its headquarters, including five people who worked on the premises and were in contact with one another. 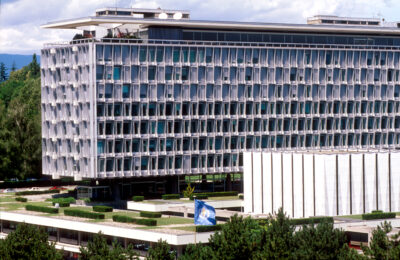 The U.N. health agency said it is investigating how and where the five people became infected and that it has not determined whether transmission happened at its offices.
The W.H.O. chief of emergencies told reporters Monday that the five infections being investigated were the “first evidence of potential transmission on the site of W.H.O.”
The email obtained by the A.P. said about half of the infections were in people working from home.
But 32 were in staff who had been working on premises at the headquarters building.