Come the new year, the show that Canada’s Alex Trebek made a TV staple will have a new look. 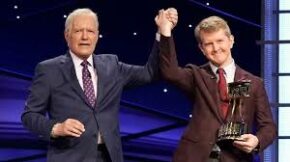 Of course no one can really replace Alex, who died November 8th of pancreatic cancer at the age of 80, but Jeopardy’s producers have tapped its most famous contestant to try.

On January 11th, 46-year old Ken Jennings, who holds the record for most consecutive Jeopardy wins, will debut as the show’s interim host.