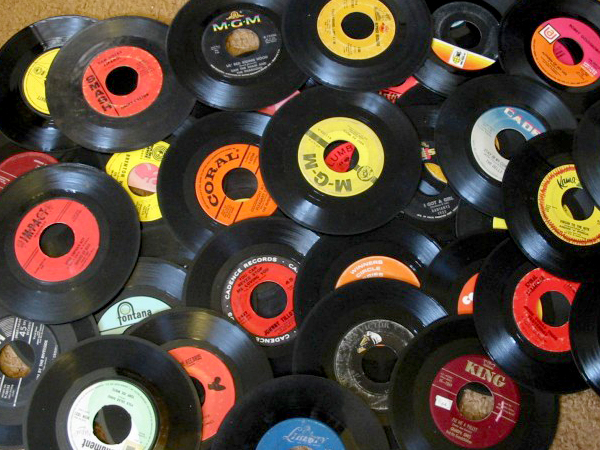 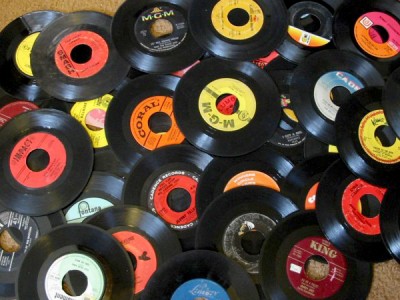 On March 31st, 1949, RCA Victor introduced the 45 rpm single record, which had been in development since 1940. The 7-inch disc was designed to compete with the Long Playing record introduced by Columbia a year earlier. Both formats offered better fidelity and longer playing time than the 78 rpm record that was currently in use. Advertisements for new record players boasted that with 45rpm records, the listener could hear up to ten records with speedy, silent, hardly noticeable changes.

The first 45 rpm disc in the US, also released today, was ‘Texarkana Baby’ by country & western singer Eddy Arnold. It was made of green vinyl, as part of an early attempt to colour-code singles according to the genre of music they featured. Others included red for classical music and yellow for children’s songs.