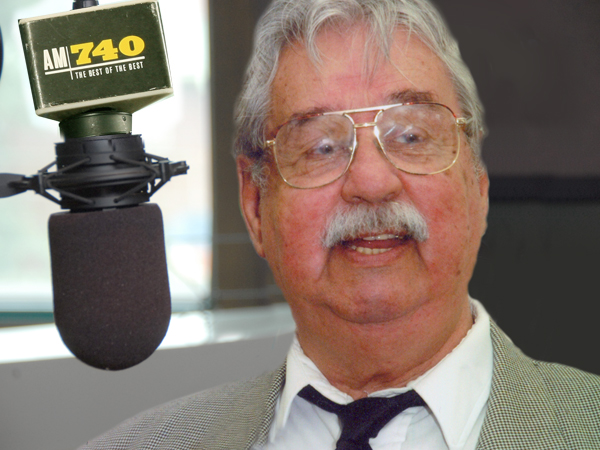 Zoomer Radio listeners are sharing messages of condolence on the Zoomer Radio Facebook page for the family of George Jonescu, who died on Friday night (November 16th) at his home in Barrie at the age of 84.

George Jonescu was a broadcaster for 65 years and was host of the much loved Big Band Sunday Night here on Zoomer Radio.

His final show, which had been pre-recorded on Thursday, ran on Sunday November 18th.

To tune into Big Band Sunday Night was to travel back in time to an earlier era, not just with the music, but with the delivery, pacing and language of the gold age of radio.

George Jonescu was also community minded and gave his time to a number of charitable causes including mental health.

You’re also invited to call in with your personal tributes to George this coming Sunday night on Zoomer Radio.