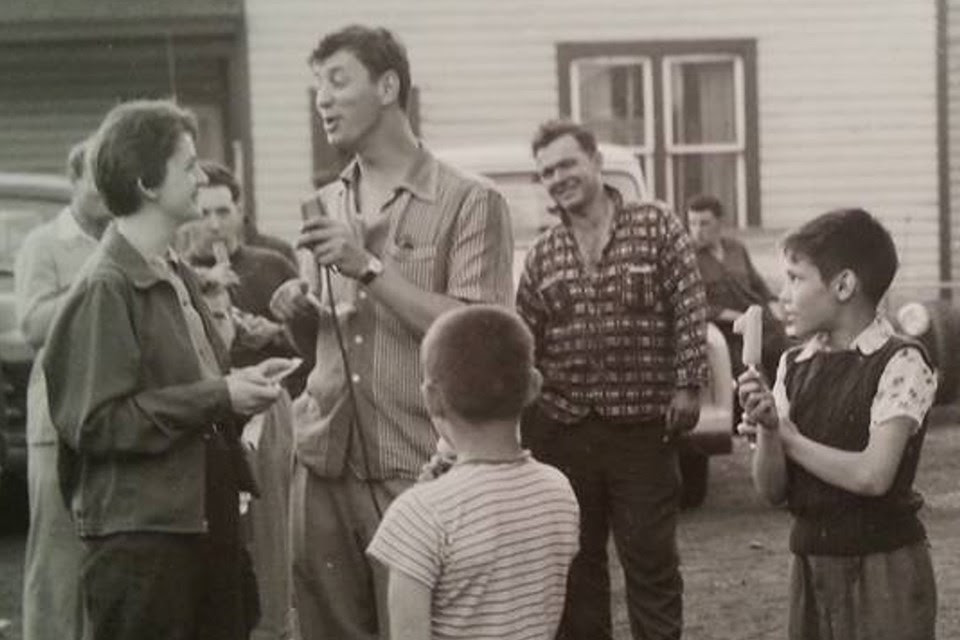 Read some of the comments and listen to the episode below:

As long time listeners to the station, including Sunday night, my friend Denise and I tried unsuccessfully to call in to contribute to your tribute show tonight. Just wanted to express our enthusiastic appreciation for George and his show. As a child of the fifties and sixties, I have really enjoyed, during the last few years, learning about the music and stories going with it from the era of the thirties and forties. George’s show has been a really enjoyable part of my education. So…much appreciation and affection–what a huge loss. I know that it is a reality of the business of radio that audience demographics play a role in determining the format. I do hope that Zoomer radio will continue to include the “old” music along with moving more and more into the seventies and eighties as you have been doing. George will be missed by many like us who never met him. Thanks for your attention to this Frank, and we wish you well. – Rob and Denise, Peterborough.

What a beautiful tribute to George. I really enjoyed it. – Sheila Scholl

Great show sorry when it ended, George would have been so proud – Donna Tapper

George was so so knowledgable about classic jazz and big band music. In my career, George gave me one of the most well informed smart interviews about my music, & I was one of the younger generation who he benefited by making us feel so welcome to the show. I wanted to share the story of an early email I got from him. He’d requested we send him a copy of my latest album, so it was dutifully sent, but it had been a while and I hadn’t heard if he got it or not so I wrote to ask. His reply confounded me at first, until I realized he had a heck of a funny bone. He wrote me an absurd & elaborate film noir script as to what had happened to my wayward CD; The email began, “Friend, Weeks ago mail destined for my office in Barrie was hi-jacked, and my favourite guard mongoose “Slinky” was captured and tortured. The evil-doers demanded an enormous ransom which the police detective suggested I pay… so I wrapped the ransom in bubble paper and a plain gift box and had my (Asian) house boy leave it in a mailbox on Yonge street at midnight…. any copies detected, and Slinky would be dead.” This plot went on, for probably 800 more words, at which point he closed with, “so now you know the story… I never received your new CD.” What a card! I’m so glad I got to meet him when I took part in the Frank 100 party. Great man! – Alex Pangman

Wish you all the strength doing the radio tribute to your friend. Will be listening. Feel very privileged to have been part of his passion via you and Zoomer Radio. And as the Buddha says Death is only a temporary disconnect, Carla.

I would have loved to phone in but I didn’t think I could speak as it’s just too sad to lose a part of my life. And such was George’s show. Back in the CHAY days as well. His personal anecdotes and broad knowledge of the music and musicians, singers etc, brought the music and those times to life! It made you wish you could have lived in those days! Will miss him greatly! So glad we have this last show tonight! A toast to his new journey in Big Band heaven! Sincerely, Mel in Glencairn.

I enjoyed it so much. I was tearful when I heard that Mr. Jonescu had passed.However, I was consoled by the fact that the tribute was so warm, heartfelt, witty and fun – just like the Man himself. Well done! – Katherine Agar

Wonderful show. We have enjoyed listening to George for years now,glad that you will be replaying his shows. Thank you for sharing George with us all these years. – Judy Mekus

I have been “addicted” to Georges show since the first time I heard it! I thought the “team” last night did an awesome job, giving credit where credit was due! I called George about a year ago and told him, “you are a national treasure for Canada!” George replied,, “I’m not dead yet”,, chuckling as he said it! I have been blessed to speak with George many times, and he emailed me a few times of which, I will always keep in a file for fond memories of George! George did have Justin Ecock email me “The Carnival of Venice” which he said, “Steven this recorded at the Canadian talent library..not for sale”,,, of which I will be eternally thankful for! I WILL MISS GEORGE AND HIS SHOW GREATLY! There will never be another George! Thank you ZoomerRadio, for doing your show last night! – Steven J. Dahl

Every minute– at the end in tears with his ‘sign off’ words in his beautiful voice and Vera Lynn’s We’ll Meet Again. Over 35 years in our home — raised my kids on that music and now my daughter , a performer , sings all the old ones . For years we and our friends who spent New Years Eve with us on our lake , skated with sparklers and then came inside to George’s wonderful New Years show. Huge loss. Great memories. Glad you’re continuing with the best of. – ♥️ Lynda Campbell