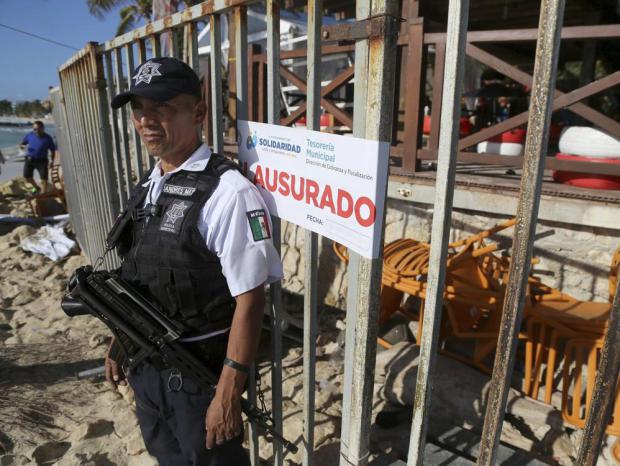 There have been two high profile gun violence incidents this month in tourist areas that have raised concerned about travellers’ safety. And I preface all my comments with sympathies for those affected by this senseless violence.

On January 6th at Fort Lauderdale–Hollywood International Airport in Broward County, Florida, a gunman opened fire near the baggage claim in Terminal 2. Five American vacationers were killed, while six others were injured in the shooting.

In the early hours of January 16th, a Canadian working as security was killed after a shooting at a nightclub in Playa del Carmen Mexico, which left five dead and several injured.

The Canadian government updated the crime section of its online travel advisories for Mexico on Monday and mentioned the shooting. It notes that “crime rates in Mexico are high. However, the level of crime in resorts and major tourist cities and destinations isn’t nearly as high.” And goes on to say: “More than 1.9 million Canadians travel to Mexico each year, the vast majority of them without incident.”

The government’s observation is appropriate. While both these incidents are tragic, they should not deter Canadians from travelling south this winter. Millions of us fly south each winter to the Southern States, Mexico and the Caribbean without any incident and the chances of becoming involved in a violent event are much more remote than sustaining an injury on the roads here in Canada. The incidence of violent crime in the state of Mexico where the nightclub shooting took place is actually less than the rate across Canada. Everything is relative. So check out the government website at www.travel.gc.ca  for the latest safety information, consult with your local travel agent, make sure you have travel insurance… and then travel worry free as you enjoy your trip to the sun this winter.