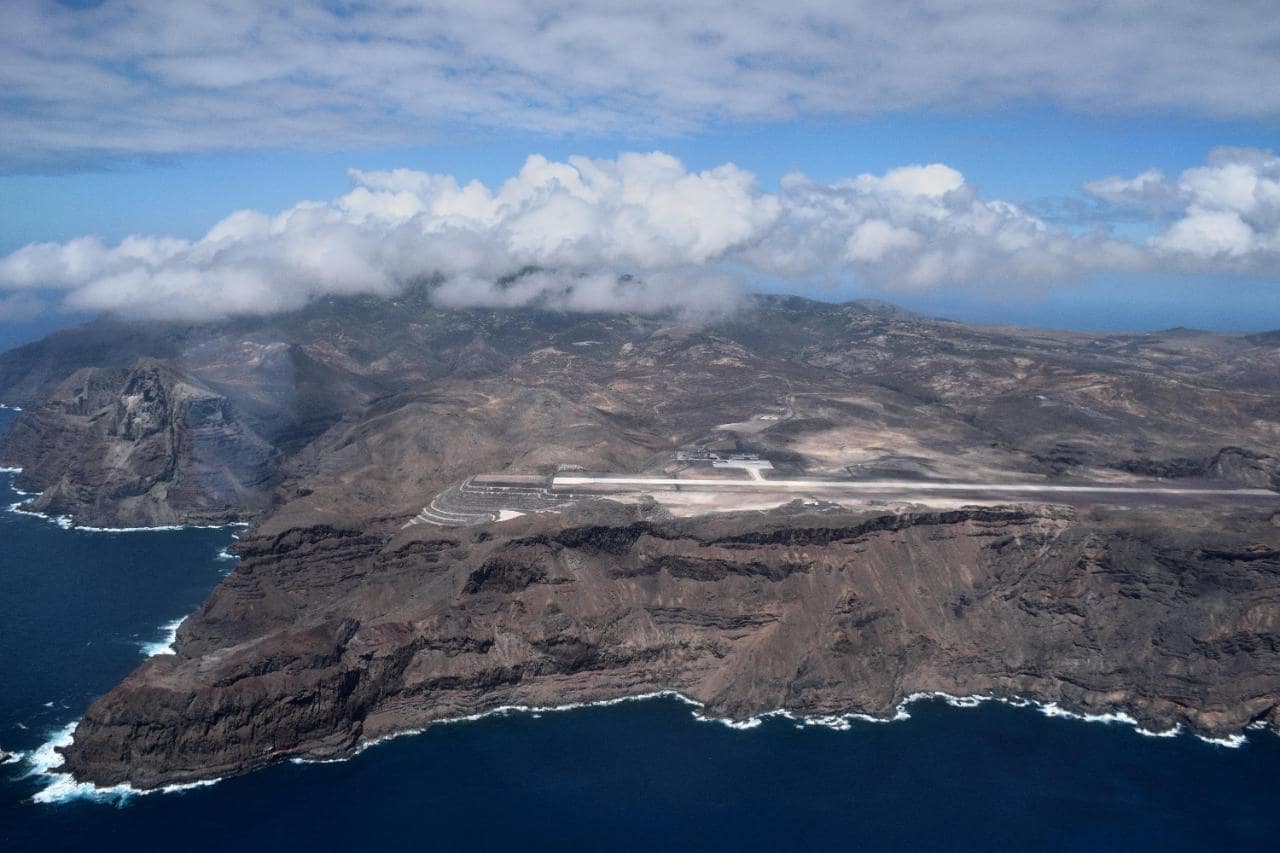 One of the world’s most remote places became a little less isolated when the first commercial flight arrived in St. Helena last month. St Helena is a South Atlantic island that until recently was only accessible by boat and where Napoleon Bonaparte spent his last years in exile. The SA Airlink plane flew from Johannesburg South Africa on a six-hour journey to the British territory, which hopes to draw more tourists to this remote island destination.

Discovered by Portuguese mariners in 1502, St. Helena was a way station for ships for centuries and was a key port for Britain’s East India Company. It was also an ideal spot for the British to keep prisoners, including a Zulu prince and his retinue, thousands of Boer prisoners from South Africa’s conflict near the beginning of the 20th century and, of course, Napoleon.

Sights on the island include the deposed French emperor’s final abode, Longwood House, as well as rugged landscapes, marine life and of course the novelty of visiting a spot far, far off the beaten track. Other more quirky attractions include a giant tortoise named Jonathan that is said to be 185 years old and Jacob’s Ladder, a 699-step outdoor staircase leading from valley to hilltop in Jamestown, the capital.

The new weekly air service brings an end to what had been the only regular way to reach the island, which was the royal mail ship St. Helena, which takes nearly a week to journey from Cape Town. The airport has cost the British taxpayer over $360 million and was supposed to have opened 18 months ago, but problems with wind-shear prompted a re-think. Now smaller aircraft will be used and the plane will also have to stop in Windhoek, the Namibian capital, en route from South Africa.

Back in the UK, the cost of the airport for this remote British community of only four thousand people has created a major row, and it has been annointed by the UK media as “The World’s Most Useless Airport”.