Chris Robinson Travel News: Crossing into the US after pot is legalized 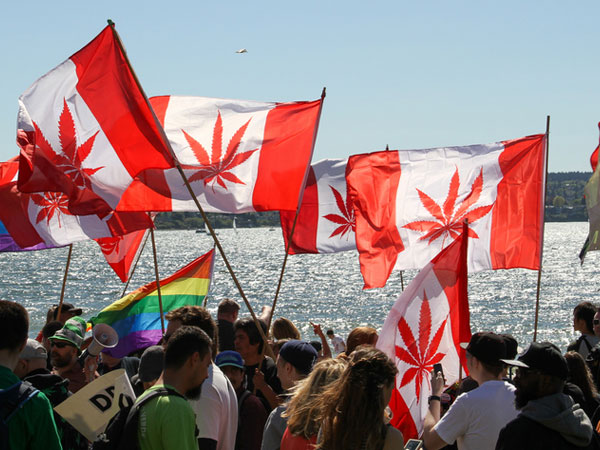 Have you ever smoked pot? With marijuana becoming legal in Canada this summer, there’s a lot of speculation surrounding how it will impact Canadians traveling to the U.S.  Experts are predicting that US Customs and Border Protection will ask travellers if they have ever smoked marijuana in the past.

Rosanna Berardi, an expert in Immigration Law in says, “Travellers must be very careful when answering this question. We have seen Customs and Border Protection deny travellers entry to the U.S. if they answer ‘yes’ – even if the incident was 25 years ago.”

How is this possible? The current U.S. immigration law states that a person may be inadmissible to the U.S. if he or she has been convicted of a crime OR admits to having committed acts, which constitute the essential elements of a crime. US authorities have taken the last portion of this law and have denied entry to the U.S. for individuals who admit to having ever consumed marijuana. Based on this logic, even our Prime Minister would be denied admission to the U.S.!

So how should a traveller answer this tricky question? Berardi advises that travellers must always tell the truth. However, it’s important for travellers to know their rights at the border. In order to be refused entry into the U.S. for a mere admission of a criminal offense, Customs and Border Protection must:

Place a traveller under oath, advise that it’s illegal to smoke marijuana in the U.S. and provide the traveller with a definition and essential elements of the federal and state laws prohibiting marijuana use. The traveller must then freely admit that they have committed each element of the offense.  Unless Customs and Border Protection follows each of these steps, travellers cannot be refused entry to the U.S. for merely admitting to the past use of marijuana.

The bottom line is that there it will be important to have thought through your approach before you encounter the Customs and Border Protection personnel to avoid unnecessary hassle on US trips after legalization of pot is finalized in Canada.