STRATEGY PANEL: CANADIAN GOVERNMENT CALLING ON CANADIANS TO "STAY AT HOME" AND MORE-MARCH 24 2020 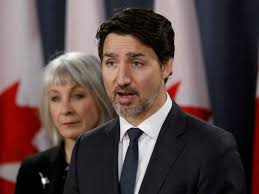 In the news: Parliament is reconvening today to pass emergency legislation. The first draft of that bill would have given the Liberal government wide-reaching new powers to tax and spend without parliamentary approval until the end of 2021. The opposition refused to give them a blank cheque and they agreed to support the bill after The Trudeau government agreed to change the draft legislation. Meanwhile, states of emergency have been declared in a number of provinces including Ontario as well as in the cities of Toronto and Mississauga.