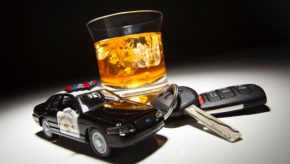 Federal Justice Minister Jody Wilson-Raybould is considering lowering the legal alcohol limit for licensed drivers.  Wilson-Raybould sent a letter to Quebec Justice Minister Stephanie Vallee in May in which she suggests lowering the limit to 50 milligrams of alcohol per 100 millilitres of blood from the current 80 milligrams. The federal minister says the change would make it easier to fight drunk driving and that the current rules were established after research showed the risk of being involved in a car accident was twice as likely when a driver has 80 milligrams of alcohol per 100 millilitres of blood in his or her system. The minister writes that modern-day research suggests earlier data underestimated that risk. Wilson-Raybould said in her letter to Vallee that she’s eager to hear her colleague’s thoughts on the proposed legislative change. We speak with addictions counselor Keith Singer about the proposal. Click here to listen to the podcast