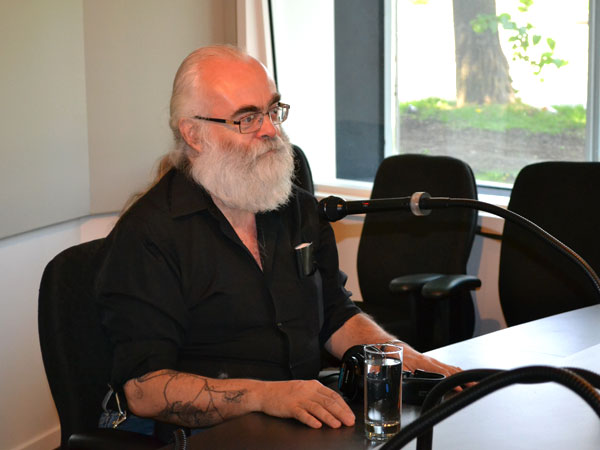 Steve Munro, Toronto Transit Advocate/Watchdog & Thomas Franz, President Arcadis Canada, a global engineering consulting firm.
A new global ranking of transit systems puts the TTC half way through the list.  100 global cities have been ranked on their transit systems by The Arcadis Sustainable Cities Mobility Index and Toronto came fifty-fourth. The transit systems were ranked according to their environmental burden, effects on people, and economic impact. The TTC placed higher for the environmental sub index at 32nd but came 86th for economic efficiency and 65th for its effect on people.Toronto was beaten out by two other Canadian transit systems – Montreal and Vancouver – which placed 36th and 38th respectively. The TTC’s lower ranking runs counter to its highly advertised status as the American Public Transportation Association Transit System of the year.