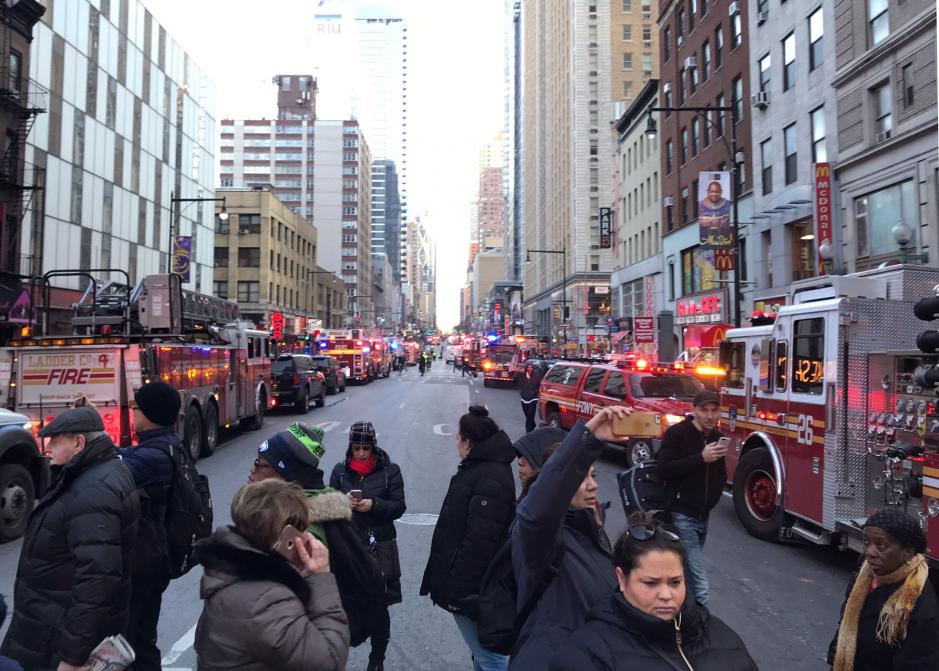 NYC police continue to investigate an explosion in midtown Manhattan.1st responders have been centred underground in the area of the Port Authority bus terminal following an explosion caused by a pipe bomb strapped to a man that went off in the New York City subway near Times Square, injuring the suspect and three others at the height of the morning rush hour, law enforcement officials said. The explosion happened around 7:30 a.m. ET. The New York City Fire Department said through social media that a total of four people suffered injuries that are not considered life threatening. Police say the explosion happened in an underground passageway under 42nd Street between 7th and 8th Avenues. The blast filled the passageway, crowded with throngs of Monday morning commuters, with smoke. To learn more, we spoke to terrorism and security expert, Ross McLean.